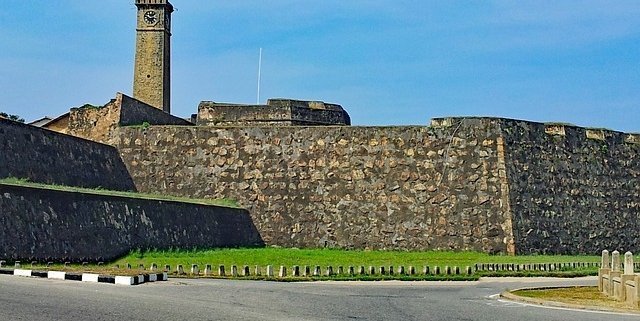 Galle Sri Lanka is obviously our favourite 🙂 But let’s find some more. Every country in this world has something unique and different about its environment and surroundings. Few of the heritage sites that exist in the world are termed by the United Nations Educational, Scientific and Cultural Organization or UNESCO as protected sites.  And the places are selected according to their cultural and anthropological background that holds a specific place in the history of that particular country. However, not all the sites are considered to be great charms by UNESCO.  So, there are a few selected out of all of them based on their cultural importance. Similarly, there are few memorable charms of UNESCO that exists in Sri Lanka. They are considered among the most popular Sri Lanka’s tourist spots.

Eight places in Sri Lanka are considered to be the world heritage site by UNESCO. And at least six of the places have cultural importance whereas; two of them have fundamental importance. However, we will explore three of the best of Sri Lanka to help you prioritize the places you should visit first. They are as follows:

The Old Town of Galle Sri Lanka was built way back in the 16th century. It has huge walls along the shoreline as the Dutch people implemented the European way of thinking in order to construct it.  And the huge walls were created on purpose as it was believed that enemies could attack from the sea as well as from the land. Therefore; it was necessary to protect the land from any sort of invasion.  So the buildings still stand tall today and can take you back in history. However, many tourists and travelers have pointed out that the houses are built with verandas outside, which reflects the tradition and culture of South Asia.

Fortified Walls with Restaurants and Cafes

The old town of Galle was also well-equipped with military barracks and factories that specialize in creating weapons. The fort has two different gates as one gate was designed for the British Coat of Arms and the other entrance was for the Dutch. The city also has the Old Dutch hospital along with a hotel that can be used by the tourists. Galle, Sri Lanka is one of the oldest town that exists today and at same time offers fashionable boutiques beside old houses with verandahs and antique shops.

There are numerous sacred sites across the world, but one of them is considered to be the memorable charm by UNESCO.  And the holy city of Anuradhapura is the first capital of Sri Lanka that is ancient. The ruins of the Sinhala Civilization are still preserved today. Moreover, the place is also a religious center for people who follow Buddhism. Many people from across the world visit the site all around the year in order to complete their religious obligations.

Moreover, the place also has the famous Buddha tree as well, where the people that the Buddha was illuminated.  And the Bodhi Tree is one of the main tourist attractions in Sri Lanka.  So if you wish to visit the most famous tourist spot in Sri Lanka, then you should carry a map along with you in order to ensure that all places are visited.

The Sacred City of Kandy is considered to be the cultural capital of Sri Lanka. It is also referred to as the Temple of the Tooth as it has the most sacred relic of the Buddha i.e., the tooth. There are plenty of factors that drew the attention of UNESCO towards the holy city of Kandy, but the most important one is the tooth of the Buddha.

Furthermore, it is widely believed by the people who follow Buddhism that a place that holds the sacred tooth of the Buddha should have control over the entire Buddhist population that exists. This is one of the reasons why this place has a strong position and importance not only in Buddhism but in politics as well. Many people visit the site throughout the year in order to take blessings and complete their religious fervor. So the place is considered to be extremely sacred due to which shoes are not allowed inside. And it is also the second-largest city that exists within Sri Lanka. Apart from this, the city itself is magnificent and a source of attraction for tourists from across the globe.

Sri Lanka Travel : Top Five Things You Need To Do
Scroll to top